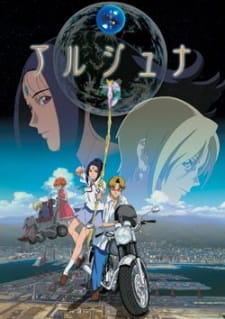 Plot Summary: Juna was just an ordinary high-school girl, right up until the day she died in a motorcycle accident. But there, in the twilight of death, she saw the future of the barren earth destroyed by the Raaja, and was offered a second chance at life if she would stop them. Now she must learn to cast aside her thoughtlessly destructive ways and face her destiny as the Avatar of Time, the one being who can decide the fate of the planet.