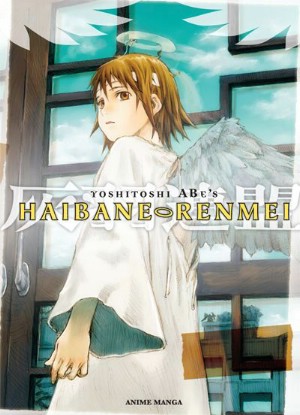 Plot Summary: A dream of falling from the sky…and then birth. Rakka is born from a large cocoon into the Old Home, greeted by a group of females with small wings on their backs and shining halos above their heads. Soon Rakka’s own wings grow, a halo is placed on her head and she is told that she must work in the nearby town of Grie. She soon realizes that the town and the entire world they live in are confined behind the Wall, a tall, impenetrable wall that none except the mysterious Toga are allowed to exit. Rakka, a newly born Haibane (Angel) awakens into an unfamiliar world with only a strange dream of falling from the sky as her only memory. Alone and scared of who and what she is, she is cared for by fellow Haibane as they try and search for the meaning of their existence as well as what lies beyond their town’s imprisoning walls.