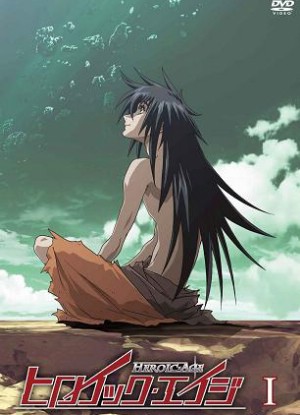 Plot Summary: Answering the call of the “Gold Race”, all the sentient races launch into space. The human race is the last to launch, and are thus known as the “Iron Race”. Much time has passed since then, and humanity is threatened with extinction at the hands of the more dominant “Silver Race”. In order to save her people, Princess Deianeira sets out on a journey to a galaxy far away, following the prophecies of the Gold Race handed down by the royal family. Then, she meets a boy named Age. Their encounter will change the fate of the universe… Comment: This anime is one of the better series I’ve found in the action genre. The character design is great and their personalities are quite developed over the course of the series. The story is wonderful however the ending is quite open ended and can be interpreted in many different ways. Overall I’d rate this series a 9/10.