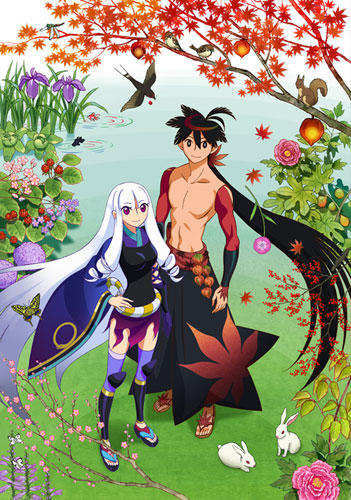 Plot Summary: The legendary swordsmith Shikizaki Kiki made 1000 swords in his career. The more swords a state had, the greater success they had in the wars. When the Shogun emerged victorious, he collected 988 of the swords... but those were just practice. The final twelve swords were the pinnacle of his career. Each of them has powers so extraordinary, one man could defeat small armies.Shogunate strategist Togame has been ordered to recover them. She first hired a ninja... but the worth of the swords is so great the entire ninja clan defected the moment they recovered one. Then she hired a swordsman... but he kept the sword for himself.Her last hope is Shichika, the seventh and last practitioner of the Kyotoryuu -- No Sword School. He and his sister live on an island cut off from civilization -- they have no need for money. His sword school does not use swords -- he would not want the swords for himself.So why should he help her?"Because you will fall in love with me."