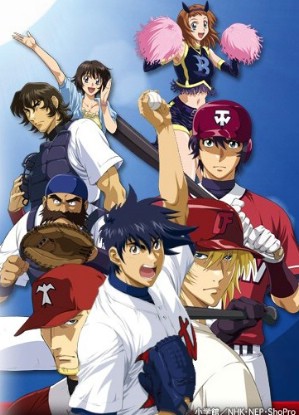 Plot Summary: Plot Summary: Goro’s dream is to become a professional baseball player like his father. As he strives through the path towards the pro league, from infancy to adulthood, his passion for the game galvanizes all of those around him. Shigeharu Honda is a Major Leauge batter on the rise. His son Goro is a Little League pitcher who one day hopes to follow in his father’s footsteps. Momoko Hoshino is Goro’s schoolteacher, and the first woman Shigeharu has been interested in since the death of Goro’s mother. The destines of these three individuals will become intertwined as father and son experience both heartbreak and triumph on the baseball diamond. But when an unspeakable tragedy visits the family, it will take everything they have to pick up the pieces and reclaim their dreams.errorsource Genres: comedy, drama, tournament Themes: Baseball, Sports