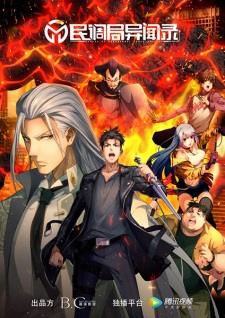 Plot Summary: In the task of catching drug lords in the Yunnan border, a special forces team accidentally enters the ancient caves of the ancient Shu, and intruded on ancient rituals. The squad was almost completely annihilated. Only Shen Shuang and the anti-drug police Sun Desheng survived, as they were rescued by a mysterious white-haired man named Wu Hao. After this incident, the two men accidentally entered the "Civil Affairs Investigation and Research Bureau" and gradually became entangled in more supernatural events, revealing the veil of another world.