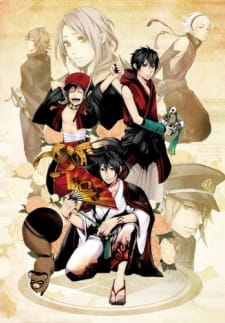 Plot Summary: In the 11th year of the Meiji era: the Japanese population is increasingly dissatisfied with the government due to the increasing speed of Westernisation and the ban on samurai. In order to curb the increased rate of crime, the government opens a new prison. The three brothers of the Kumo family — Chuutarou, Soramaru, and Tenka — are entrusted with the duty of transporting these criminals to the new prison, but adventures await them on the way...

Other name: Cloudy Laugh; 曇天に笑う; Laughing Under the Clouds