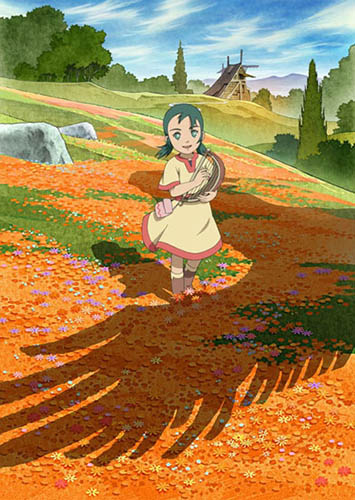 Plot Summary: Kemono no Souja Erin is about a young woman who is drawn into a war between kingdoms.10-year-old Erin is a young girl who lives with her mother in the Tai Koh Region in the small Village of Ake. She has a big love for animals, especially the Touda, dragon-like creatures used in the war. Her mother Soyon was originally of the Mist People, an ancient clan who have members with green hair and eyes, and is rumored to follow in the ancient ways, practice magic, and hide in the mist. But despite her genealogy, they stay in the village because Erin's late father was the son of the village chief and Soyon is the head Touda doctor.One day however a tragedy happens which changes Erin's life forever.