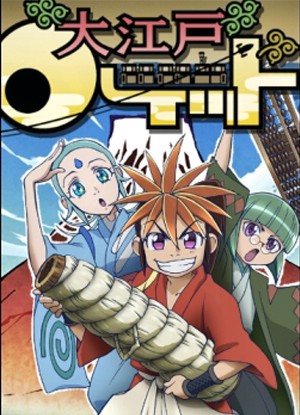 Plot Summary: In Edo during the mid-1800?s, fireworks maker Seikichi Tamaya and his friends struggle to live under the harsh frugality laws imposed by the strict city magistrate, which ban all luxuries, including fireworks. One day, a strange girl stops by Seikichi’s shop with an equally strange request: she wants Seikichi to build a firework that can reach the moon.